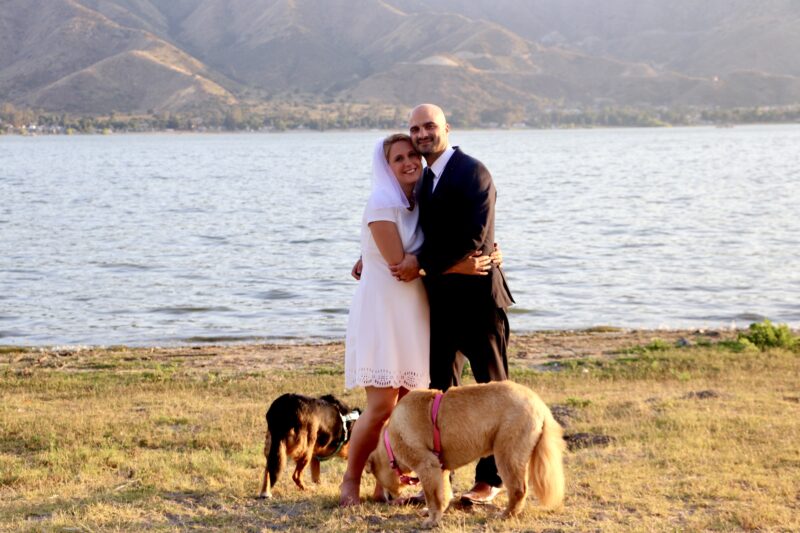 2020 started better than most years. In a span of days, my job sent me to my first Sundance Film Festival and to The Grammys. But the morning I flew home for the awards, Kobe Bryant, along with his daughter and seven others, were also in the air. Looking back now, those few days foreshadowed what 2020 had in store – promise and pain – a year of growth.

A few weeks later, I celebrated my thirty-third birthday. I assumed the double threes were auspicious. After all, my writing career was on the rise. I would be reporting at my first SXSW, and I had recently finished my first novel. My fiancé, Timo, and my dogs, Penny Lane and Sage, and I drove north of Los Angeles to Santa Barbara Wine Country. We rented a small cottage; the girls had a yard of their own to run around. During the days, the four of us sat on the wineries’ patios, tasting the local selections, and ate delicious bites. In the evenings, we returned to the cottage, uncorked a bottle of wine, grilled a feast, sat around a bonfire listening to Van Morrison, and ended the night romancing between the covers. Little did we know, this romantic getaway would change our entire lives.

Fast forward a month, and SXSW had become the first casualty of the pandemic, along with the opportunity to prove my reporting chops. On top of the world’s chaos, I felt terrible physically. I was exhausted. I could no longer pull myself out of bed for my early-morning routine. Afternoon naps became a thing, and as my mother often reminds me, I’ve never been a napper. Plus, I couldn’t stomach the smell of anything. Coffee and Indian food, my two favorite indulgences, gagged me. To top it off, every time I drank a glass of wine, my face turned a matching burgundy. I spent an evening Googling the chances of developing an alcohol allergy at thirty-three. I couldn’t be pregnant; I’d been on the pill for so long that stuff was probably backlogged in my womb.

Timo and I had been engaged for nearly a year. We wanted kids eventually, but not yet. We had too much of the world still to see. Having been raised in Kentucky, I spent my twenties dodging questions about when I would pop out some youngins’. At thirty-three, they assumed my eggs had dried up.

Aside from the pregnancy symptoms, I was terrified. Terrified of attaching myself to the growing fetus and terrified of any possible damage I’d done to it while not realizing it was there. Since conceiving, I’d run a 10K and been so sore I soaked in a hot tub multiple times. I ate sushi, rare steak, and imbibed. Women spend years trying to get pregnant, and the odds of loss are high. It’s a disheartening cycle. I wasn’t even trying. How was my pregnancy fair or justified by the universe? I was terrified to say it aloud in fear of jinxing myself.

As for a wedding, well, neither of us imagined we would exchange vows in a courthouse. Nor did we imagine I’d be twenty-one weeks pregnant. My girlfriend’s video-chatted as I got ready, and I Facetimed my mom on our drive to the ceremony. Timo’s parents attended via Zoom. Penny Lane and Sage waited outside the courthouse for us – serving as our Dogs of Honor. That night we shared our first dance in the living room and watched recorded well wishes from family and friends. It wasn’t the wedding we imagined, but it still managed to be the most special day of our lives. It proved that love prevails even during a pandemic.

George Floyd was murdered during my second trimester, and race riots broke out around the country. Growing up in rural Kentucky and having helped raise a bi-racial nephew, I had an idea of how ugly this country could be surrounding racial injustice. But I had never fully recognized my privilege as a white woman until I watched the video of Derek Chauvin kneeling on Floyd’s neck as he called out for his mother. I held onto my stomach and the life growing inside it and I cried for Floyd, for his mother and family, and I shed tears over my own ignorance. As the mother of a white son, I would never carry the same fears for my son’s life because of his skin color. The injustice broke my heart.

The day I reached the third trimester, I experienced more heartbreak. They found a tumor in Sage’s throat. As I was preparing to bring one baby into the world, my other baby was preparing to leave it.

For twelve years, Sage and Penny Lane were my closest family. I found them abandoned in Kentucky near the end of undergrad. Getting them at twenty-one, they taught me how to be a functional, responsible, and decent human being. They’d moved with me to Savannah, GA, and then to New York City and now, California. Our beach apartment was perfect for their golden years. We had only hoped there’d be a few more of them.

The tumor was progressing quickly, and we needed to get her into a radiation oncologist ASAP. In a perfect world, immediately would mean something, but in 2020 with the Covid-19 preventions being taken, immediately wasn’t possible. The days felt endless, and the nights even longer. Sage couldn’t breathe, so she couldn’t sleep. Therefore, we couldn’t sleep. She was deteriorating, and so was I.

Poor sick Sage followed me around, trying to calm me. She was mothering me in her dying state. My husband finally pulled us out of the emotional gutter. He reminded me that there will be a time to grieve her death, but she’s still living for now. Treat her like she’s alive.

A switch flipped after that. I resumed my daily meditation, journaling, and exercise. I put down the ice cream and swapped back to apples. I got healthy again – physically and emotionally – because that’s what mothers do. You must take care of yourself before you can take care of anyone else. Sage taught me the most crucial motherhood lesson during my last trimester.

It’s been a hell of a year, and we still have the fourth quarter ahead of us. The remaining weeks of pregnancy will be spent driving our dog back and forth to radiation. Due to Covid-19 cases on the rise, we won’t see our families before the baby arrives. Neither my parents, siblings, nor best friends got to give me a single hug during my pregnancy or got to feel our little one kick. There will be no baby shower or celebration of our growing community. We’re uncertain of when his grandparents will get to hold him. But we’re healthy, we’re in love, Sage is alive, we have a roof over our heads, we have food to eat, we have an income, we have our breath, and we’re having a baby in a matter of weeks.

Our son is due on November 3, on what could be the most volatile election day in American History. California is being burnt to a crisp as I type. I just read that an asteroid is headed towards Earth. But 2020 has taught me that I have absolutely nothing to complain about. It showed me my privilege and taught me not to take life for granted. It prepared me to weather the storm of motherhood.

The year is not what I expected in any capacity. There has been suffering and turmoil across the globe. There has been destruction and devastation. I pray there’s also been progress. No one escaped 2020 unscathed. We’ve all been struck in some capacity. What matters is that we stand back up.

In hindsight, we all have a lot to be thankful for in 2020 — merely being alive.

A week after I finished writing this, my Sweet Sage died of an ailment completely unrelated to her cancer. My best friend, the closest thing I’d known to a child, and one of the greatest loves of my life was gone. It’s been almost three weeks and I’m still crying as I type this. Each day since she left has been slightly easier, but she remains my first and last thought every day.

What I learned from the experience is that it’s okay to sit with sadness and to truly feel the aching dullness of it. It’s also okay to grieve one baby while preparing for another.

However, I also learned I couldn’t mourn the tragedy of Sage’s death because her life was not a tragedy. That sweet girl saw more of this country than most Americans. She outlived the life expectancy for her breed. She beat cancer — twice. But her time came and quite frankly, time is the one thing we feel like there’s never enough of.

It turns out, Sage was never meant to meet her brother, but I know in my heart that she is watching over him and us from heaven. Perhaps, the most important thing Sage taught me in her final days was to never lose your joy for life. She battled a tumor that blocked her airway. That same tumor ate through a bone in her throat that was left broken and irreparable. By the end, she lost her ability to walk, but even on her last night, as I held her in the back seat of our car on her final sunset drive, she kept her head out the window and smiled as the cool breeze caught her hair. Sage loved life.

This year taught me many lessons, but most importantly about the gift of life. Despite it being a heartbreaking lesson, I stand by my original ending. In hindsight, we all have a lot to be thankful for in 2020 — merely being alive. 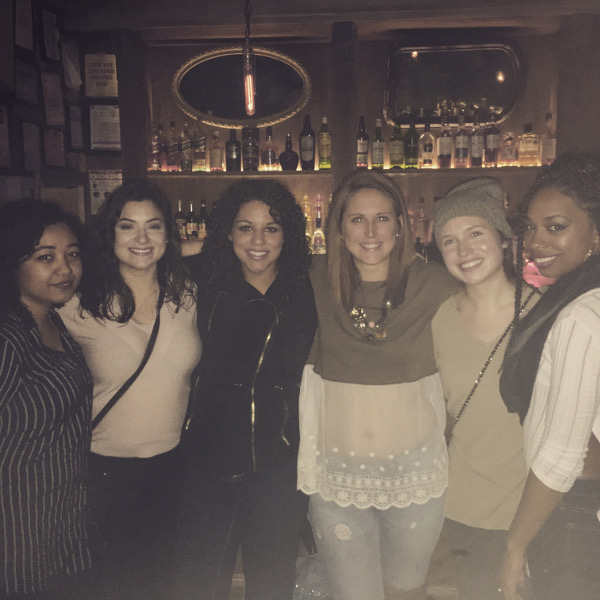 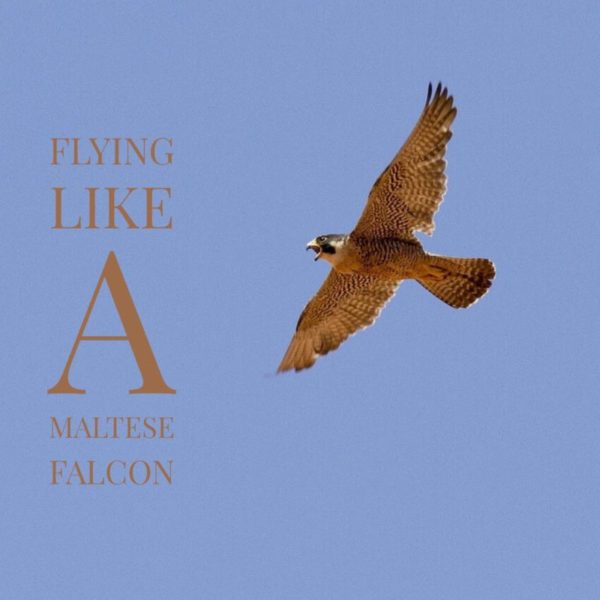 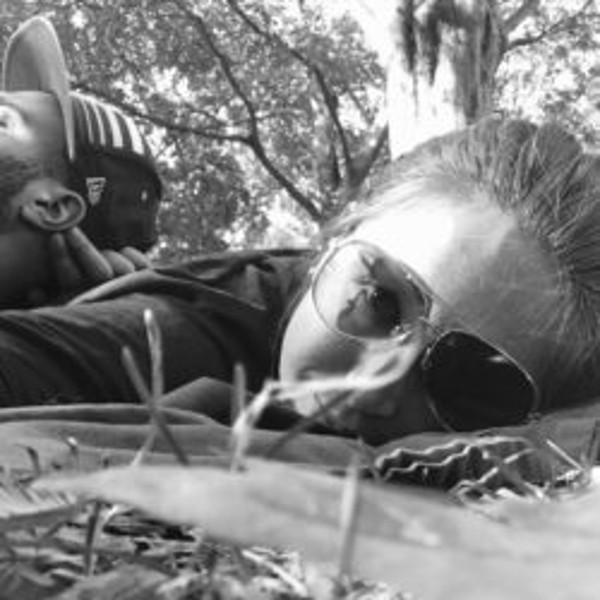 I Hope You Don’t Mind