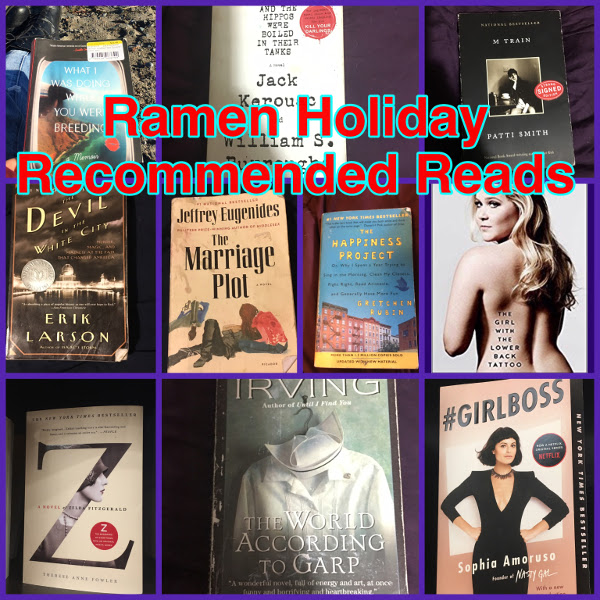 Reading has always been my favorite pastime. I’ll never forget how envious I was when my sister Maggie, who’s two years older, came home from school with this new ability. I couldn’t wait until it was my turn to learn. When my time came, I proudly brought home my first reading text book and I proceeded to sit down and read the entire thing in one night. I refused to stop. I’ve had many similar nights since. There are few experiences I love more than being lost in a good book.

As an adult, my reading hasn’t slowed, it continually increases each year. On a normal week, I’m typically reading one fiction book, one non-fiction book, and listening to one audiobook during work. I have a google spreadsheet of books to read. One of my favorite ways to spend an afternoon is to browse through the aisles of a local bookstore.

While I’ve yet to join a book club, my friends and I are constantly trading book recommendations. That gave me the idea to share my recent favorites with my readers and hopefully garner some book recommendations in return. In fact, it was through a recommendation in the comment section of Ramen Holiday that I read The Alchemist for the first time. I’m forever grateful for that recommendation.

While this is not my top 10 of all-time list (because I find that task a bit impossible) this represents some of the recent books I’ve read – old and new – and have thoroughly enjoyed.

And the Hippos Were Boiled in Their Tanks

This mystery based on a true crime was a shared experience between Kerouac and Burroughs long before they were the forefathers of the Beat Generation. The story accounts the death of David Kammerer who was murdered by mutual friend Lucian Carr. Following the murder Carr confessed his crime to Burroughs and then Kerouac; they both later served jail time as accessories. This novel, which alternates narrators and writers by chapter wasn’t published until 2008.

What I love most about this story was the relevance of their story in 1945 and how it still resonates today. I also loved exploring 1945 New York City as the tale took me through many spots I’m familiar with today.

The Girl with the Lower Back Tattoo

I love reading comedians books more than I like their stand-up comedy. Why? Because not only do you get to laugh your ass off, but you also get a clearer glimpse of the person and that helps the comedy to reach a deeper level. Amy Schumer’s books is one of my favorites in this genre. I laughed hard, but I also cried, I understood the girl behind the jokes. I was surprised by how insightful Schumer’s stories were and how beautifully they were told – even when they were raunchy. This is a book you read for the laughs, but you’ve gained so much more by the time you close it.

Z: A Novel of Zelda Fitzgerald

I have a long-standing obsession with the Fitzgerald’s. Scott is one of, if not my favorite writer of all time. I love his words so much I got a tattoo quote of his on my body. While Scott is the master of words, his wife Zelda was the master of story. Zelda Fitzgerald is a fascinating character in literary history. I have a special place in my heart for Zelda as a fellow Southern gal. The story of Z is worth reading in the biographical novel. In fact, her story was so exciting that Amazon recently created an original series of this It Girl’s adventures.

What I Was Doing While You Were Breeding

Kristin Newman’s memoir kept me laughing from start to finish. Whether you’re single, committed, have children, or an empty nest, Newman’s misadventures are enjoyable and hilarious. This book will leave you filled with wanderlust, but also thankful for the things you do have in your life. Not everyone’s story is the same, but the beauty of storytelling is learning to appreciate the uniqueness of each person’s tale.

If you’re ready to take on the world and looking for the perfect pep talk read #GIRLBOSS. The story of Nasty Gal founder, Sophia Amoruso is kick ass. Amoruso tells her tale of being a college drop-out/petty thief who out of boredom created a multi-million-dollar business doing something she loved. Amoruso doesn’t sugar coat it, she busted her ass to get where she is, but her story proves that hard work mixed with determination and a side of passion is the perfect combination for success. This is a fun read that will keep you turning the pages. Once you finish you can check out the new original series on Netflix.

Devil in the White City

If you’re looking for a story to make your skin crawl look no further than Devil in the White City. This is the story of America’s first serial killer, H. H. Holmes and architect Daniel Hudson Burnham who worth masterminds of their chosen professions and whose lives were forever impacted by the 1933 Chicago’s World Fair. The book juxtaposes the lives of the two men, as Burnham leads the creation of the fair, Holmes builds the hotel from Hell for future fair guests. This story will leave you in shock in awe at both men’s attention to detail and deadly hunger for success.

The Marriage Plot tells the story of Madeline, Mitchell, and Leonard in the first year post-grad. The story is set in 1982 at Brown University, but the stories morals and observations about growing up are timeless. Any classic literature lover will appreciate Eugenides modern turn on the Classic British tropes on love. If you’ve read any other of Eugenides work like Middlesex, you understand the author’s ability to grow a true emotional attachment to his characters by the end of this story you will feel bonded with all three characters and rooting for their best.

The World According to Garp

For years, my dad has been encouraging me to read The World According to Garp, promising it to be one of his favorites. A big statement from another avid reader. So, recently when I came across a copy I decided to pick it up. This story didn’t disappoint, in fact, I found Garp’s tale to be one of the most unforgettable I’ve ever read. From Garp’s absurd conception all the way to his equally bizarre death, you fall in love with every character you meet. Everything about this book is memorable – the characters and their adventures – stick with you and you’ll find yourself still thinking about them long after the famous final words.

Long before Patti Smith was a Rockstar, she was a poet growing up in the vibrant and exciting New York City music scene. Her 2015 memoir, M Train, is a beautifully written portrait of her travels, her New York adventures, and her rendezvous with heart ache. It’s beautiful to see the world through Smith’s eyes. Her stories are poetic, yet relatable. M Train takes you behind the rock star into the real person.

The Happiness Project was the last book I finished. I found it to be insightful and inspiring. Author Gretchen Rubin spends a year studying happiness and testing whether a few simple changes in your life can make you a happier person. Rubin has a great model for success and by chapter 2, I was already creating my own version of a happiness project. Let the testing begin!

Now it’s your turn! What are some of your recent favorite reads? 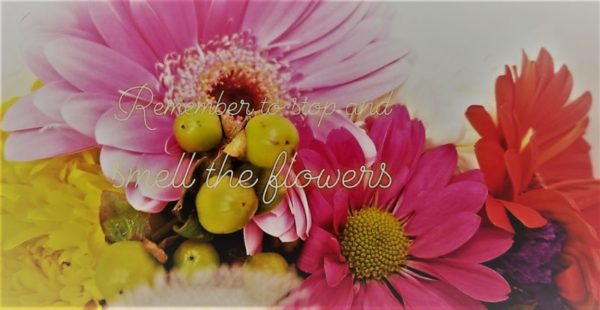 Stop And Smell The Flowers 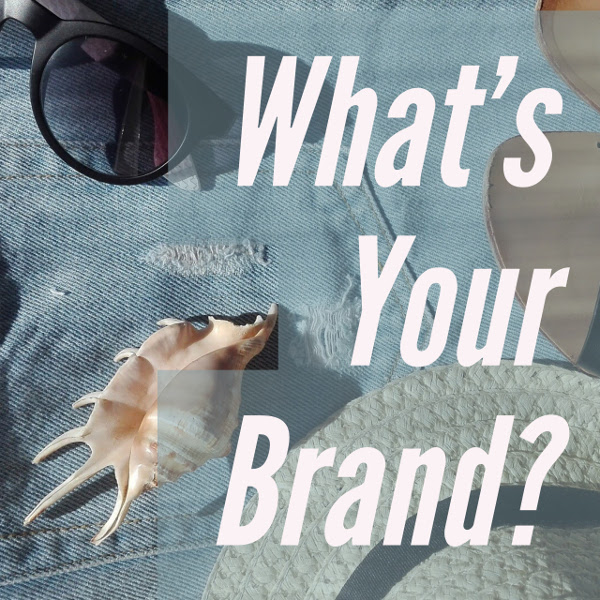 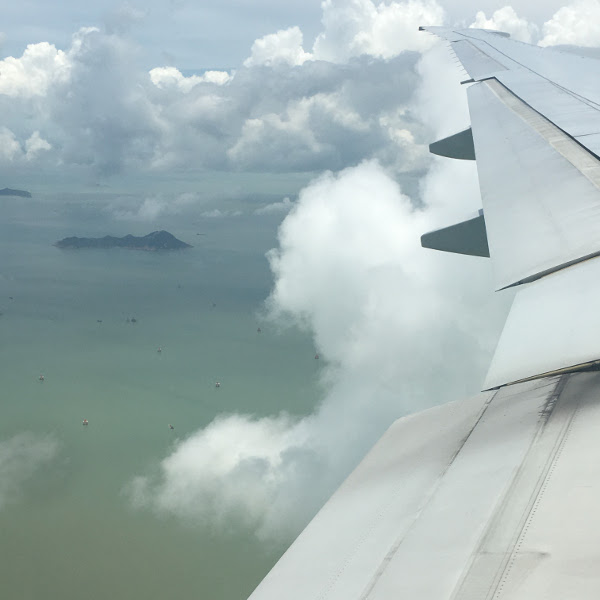